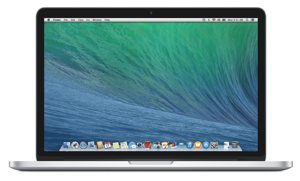 This version of the 13.3-inch MacBook Pro with Retina display (model MF840LL/A) features a fifith generation 2.7 GHz Core i5 dual-core processor, 256 GB of flash storage, and 8 GB of onboard RAM.

This model features a 2.7GHz dual-core Intel Core i5 processor with Turbo Boost speeds up to 3.1GHz. It's complemented by Intel Iris 6100 integrated graphics, which can boost performance by up to 90 percent (over the previous generation MacBook Pro with Retina display) — so it can handle both everyday tasks and graphics-intensive creative apps. 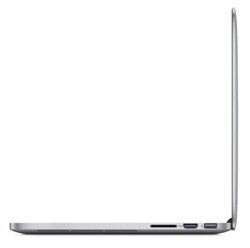