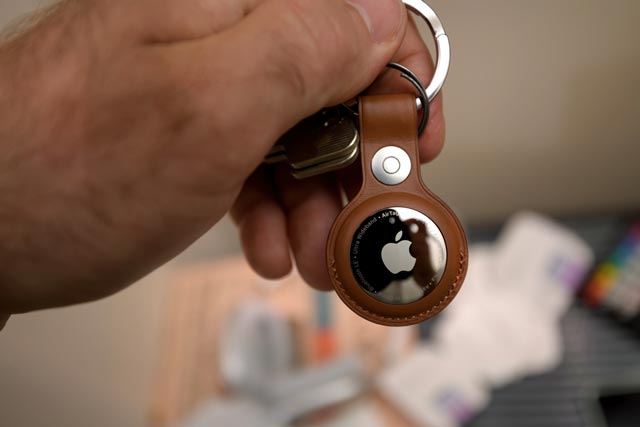 You call your pet but receive no response. You call again, but there's still nothing! Your heart races, and your stomach flips, overwhelmed by a tide of panic and regret. It's every pet owner's nightmare to have their pal running off to an unknown location. Thankfully, dedicated GPS pet trackers exist to put a fur parent’s mind at ease.

However, because of the affordability and efficiency of the Apple AirTag – a device advertised for use on things like laptops and phones – many have used it as a pet tracker instead. But what is the Apple AirTag? What keeps it apart from other GPS trackers? How does it benefit you as a pet owner? Read this article to know more about this device!

What is the Apple AirTag?

The Apple AirTag is a tracking device that relies on Bluetooth signals, sending the location of your tracker to the iCloud. You can then use the Find My app to detect where your Apple AirTag is or let it play a sound so that you can trace it. Besides the process being anonymous and efficient, data usage or battery life is also not a concern with an Apple AirTag.

While the tracker is primarily designed for keys, backpacks, and wallets, users have started adopting it as an off-label pet tracker because of its efficiency, water resistance, convenience, and lightweight quality. Additionally, locating the tracker is easy on the Find My network.

While both devices have pretty much the same purpose, they go about it in different ways. Here’s how the Apple AirTag stacks up to other Bluetooth and GPS Trackers.

Bluetooth trackers work by sending signals from the device to your phone; however, the range is only about 30 feet to 100 feet. Despite their limited range, Bluetooth pet trackers have exact localization with battery life lasting months to years.

On the other hand, GPS pet trackers have worldwide coverage, using satellite signals and cellular data to transmit your pet's location to your phone. They allow you to pinpoint the precise position of your furry friend wherever they are. However, there is a good possibility of GPS interference occurring indoors due to its dependence on a mobile signal.

With that said, the Apple AirTag only uses Bluetooth to transmit data to your phone via the Find My network. However, what sets it apart from other pet trackers is that it will send signals to other Find My network users, thus extending its range to wherever there are people in the Apple ecosystem. However, this advantage is diminished if you are in an unpopulated area.

Another ace up the Apple AirTag’s sleeve is its usage of the ultra-wideband (UWB) technology in conjunction with its Bluetooth function. The UWB technology will point you in the general direction of the Apple AirTag with compass-like accuracy to help you find your lost dog or cat.

How the AirTag Benefits Paw Parents

An Apple AirTag costs $29 per piece, in contrast to GPS pet trackers with an average of $200 per piece, making it one of the most affordable tracking devices on the market.

The Apple AirTag is equipped with a CR2032 coin cell battery that usually has a year’s worth of battery life. Since there is no need to charge it and the battery is easily replaceable, it is more convenient to use than other pet trackers. Additionally, when the time is up for your battery, you will receive a notification that it's time to replace it.

You can use the "ping" feature in the Find My app, allowing its built-in speakers to ring. If you're near your pet, this will help you track them down more efficiently. Just follow the sound of the ping to guide you to your precious pooch!

The Find My network is beneficial with its ability to display your contact info and instructions to anyone with an NFC-capable smartphone if they are in the same general vicinity as your pet.As long as you mark your tracker as lost, your Bluetooth or any other iPhone device it comes into contact with will get notified. You'll get the location of the last area it was spotted, and that can help you contact the last person who found your buddy!

Places like Etsy offer a wide variety of collars to attach the AirTag to. Please make sure to only use collars with a breakaway functionalities, just in case your fur baby get’s it’s collar stuck somewhere.

When it comes to the safety of your buddies, finally you have some great options to protect your fur babies (they would surely put an AirTag on you if they could ☺). Getting an Apple AirTag can be an efficient way to keep them in your proximity and avoid getting them off the grid. The device works best if you are plugged into the Apple ecosystem, as it allows youto take advantage of useful apps like Find My network.

Macs4u is an affordable way to be part of the Apple ecosystem with refurbished Apple products. Contact Macs4u today to learn more about these products. 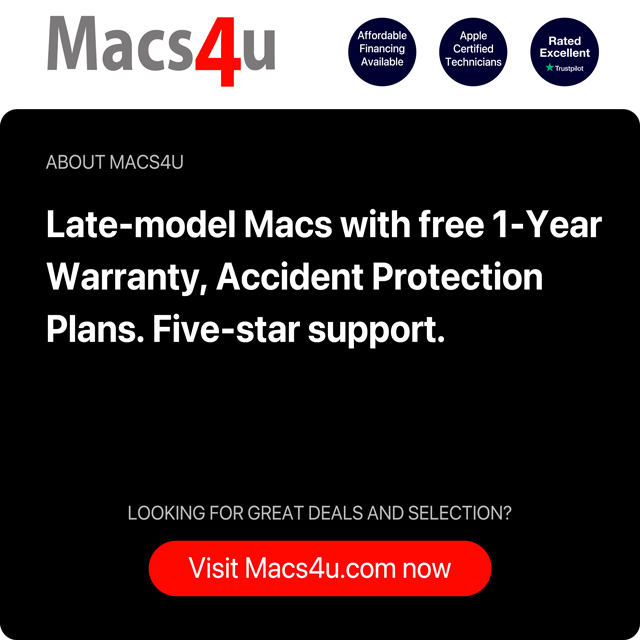