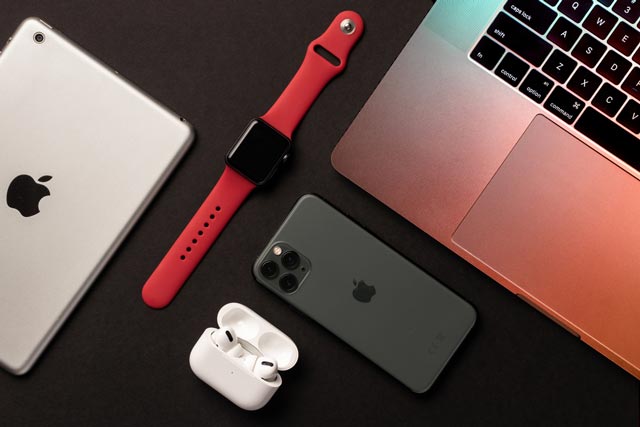 Everyone can agree that Steve Jobs was a visionary. As one of the founders of Apple, he ensured that the company’s products weren’t just good—they had to be great. This standard involves everything about the product, including design.

Whether hardware or software, Apple turns out products with sleek and modern designs across its lineup. This excellence in design is a manifestation of Apple’s design principles.

For any new product Apple rolls out, design is the starting point of the development process. Since the release of the Mac computer in 1984, Apple products have been a trailblazer for easy-to-use, sleek, and minimalistic design. In this article, you’ll find out what makes Apple’s design philosophy for the Apple Watch, iPod, and iPhone the gold standard.

Aesthetic integrity isn’t just about the looks but also how it works with the app’s functions. Here’s how Apple combines functionality with appearance:

For example, when you open the News app, you see the content directly. You don’t see many non-news items that will distract you from what you want to do on the app. Then, after you read the news, you’re given control options. Do you want to archive, share, or save the article? 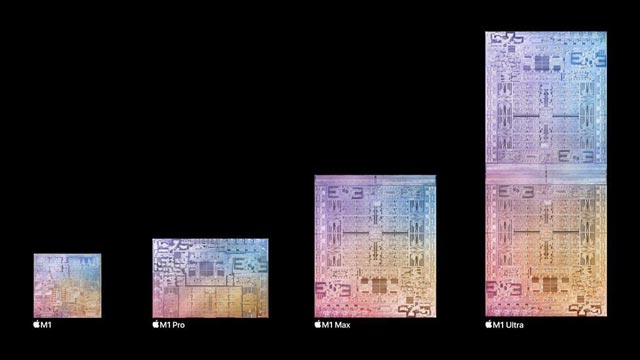 Even in Apple’s hardware, aesthetic integrity is in place. M1 chips have a reimagined compact design while being able to integrate themselves well into the Apple ecosystem.

This latest innovation of Apple still has its design philosophy in mind. The chip is not only visually appealing and well-designed, but it also has industry-leading performance per watt of Apple silicon so that the end-user will have more performance to play with.

Apple’s apps are consistent in appearance and functional language. When they have similar functions, their elements look alike, as well. This gives first-time users a sense of familiarity and simplifies the interaction process.

This consistency in hardware and software design carries over to the other devices in Apple’s lineup, which is why people in the Apple ecosystem find it easy to switch between the iPhone, iPad, and MacBooks.

Direct manipulation refers to how you don’t need separate controls to manipulate on-screen objects. With this design feature, you’re more engaged with your task, making it easier to understand the results of your actions.

For instance, in using the Multi-Touch interface, you can pinch the image or content area to contract or expand it directly. You can also experience direct manipulation when you use gestures to control on-screen objects and rotate the device to change the interface layout or screen perspective.

Feedback assures you that the application is working on your request. When you operate a control, you need a status update on whether the device is processing or not. It’s also a helpful way to give users warnings if they accidentally perform an action. The fingerprint or face ID request in a payment confirmation is an example of Apple’s well-designed  security feedback.

Notice the letter envelope in the iPhone mailbox, which represents communication. The radar icon for the Find My iPhone represents detection.

These elements may seem simple, but these metaphors aren’t a coincidence. Someone designed them to form user habits. Besides, showing a gear icon is much more visually simple than writing the word “Settings” on the screen.

iOS puts people in control of their experience or device. The design suggests a course of action to prevent you from making a mistake, but it never forces you to do anything. Apple knows good iOS design should feel predictable and familiar. That is you should have the opportunity to cancel an operation before it begins, confirm a potentially destructive action, and stop an ongoing task.

macOS apps allow your workflow to be flexible and customizable. You can customize interfaces and configure preferences. Windows are free to be resized, while elements can be repositioned or hidden. You could initiate tasks in multiple ways—via the Touch Bar, toolbars, keyboard shortcuts, menus, and controls, among others.

Mac’s provided workspace may not be enough for you, even if the displays are already large and in high resolution. People tend to extend their workspace and connect additional displays.

Since Apple products are expansive, you can still utilize a wide range of components (panels, tabs, sheets, and sidebars) and immerse in features like full-screen mode.

Macs can offer an extensive range of features, as they’re equipped with capable software and hardware. This is now more true than ever with the introduction of Apple’s most powerful chip yet – the  M1 chip. Whatever your task is, from simple to niche user needs, Macs can handle it.

Are you a multi-tasker? The macOS can help you stay focused on your current task while still allowing you to shift between workflows. Mac’s design is clear and focused. There’s translucency, a large drop shadow, and visual contrast between active and inactive windows so that it’s easy for you to differentiate. Elements are also appropriate and subtle, so they don’t distract you while you work.

From the first iPhone to the current one, you’ll see how the company stands by its design principles and consistently delivers quality products that are familiar but innovative.

If you want to experience  Apple’s ecosystem, Macs4U is an affordable way to do so. We offer refurbished Apple products with like-new quality, providing you with the same clean interface and simple workflow as a brand new device. Contact Macs4U today to learn more about these products.