Before the Pro: The Evolution of the MacBook - Macs4U.com

MacBook Evolution: The History of MacBook Air and Pro 2020 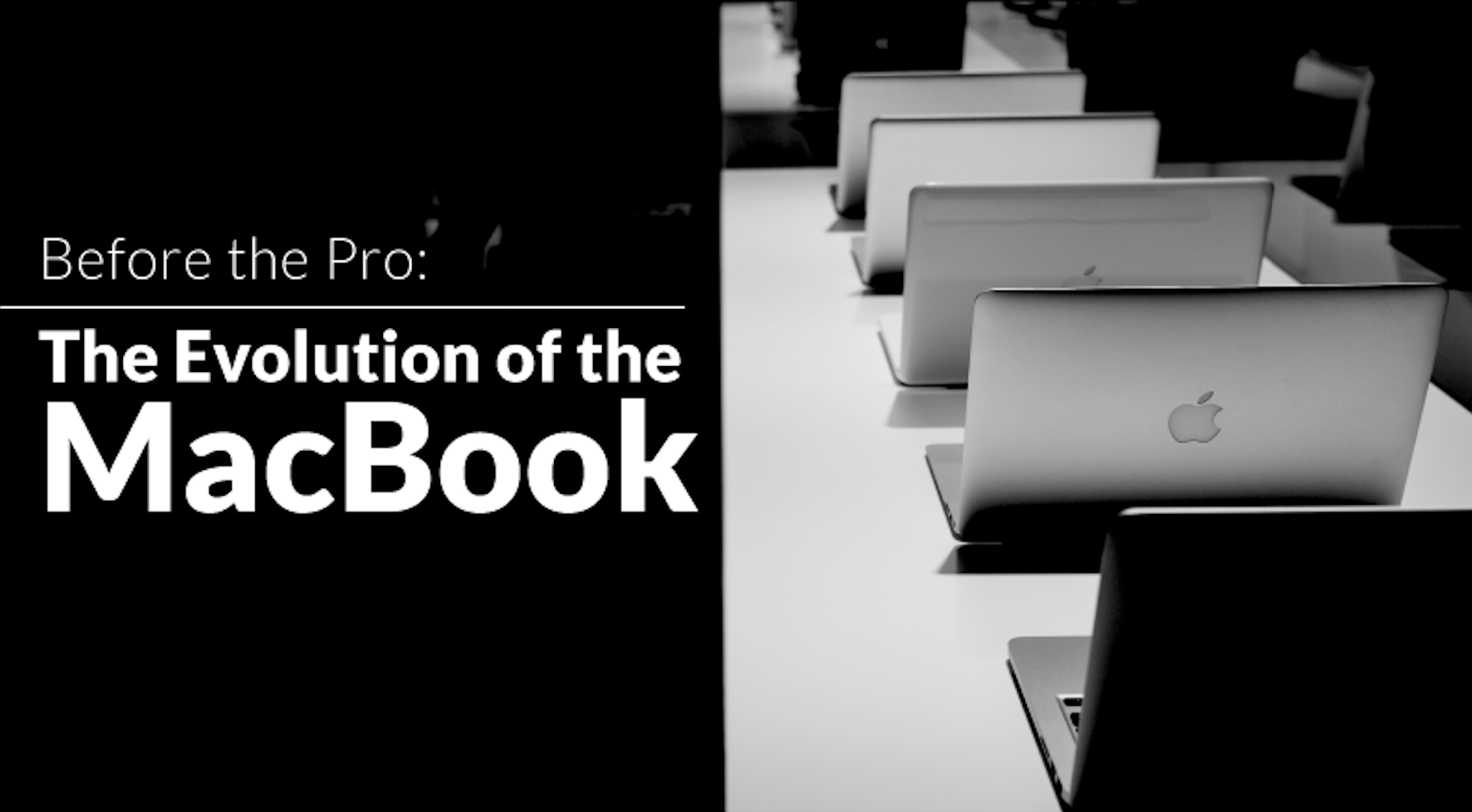 Apple is the choice of the many. This can be backed up by ample data from many Fortune 500 companies. According to an article by Computerworld, 98% of Fortune 500 companies are already using iOS devices. Moreover, these same companies are already looking to switch to Mac computers. If this isn’t enough proof, Jamf wrote in one of their articles that tech giant IBM has rolled out 100,000 Mac computers in their company, special mentions are SAP and Capital One which have rolled out 13,000 and 12,000 Mac computers respectively. A Mac computer is such a powerful device that it has become more than what it used to be--for creative professionals and college students.

Apple’s lineup of MacBooks has come a long way in terms of design, build, and features. Owning one today means you get a laptop with a sleek design, a sturdy Macintosh built, and a reliable OS.

Some of the outstanding features that make MacBooks a superior laptop are its high-Retina display, the comfortable and snappy keyboard, and the sophisticated design that houses a machine that outperforms other brands and models.

Of course, the MacBook we know now has gone through several spans of transformation. In fact, the very first Apple portable computer came out in 1989 which is called the Macintosh Portable.

Our visual graph below illustrates the history and evolution of this well-regarded machine. Let’s get started.

A Brief History of Apple’s MacBook

Apple, the prominent tech giant, boasts instantly recognizable products. Today, you’d immediately know if someone’s using a MacBook or not from the sleek and minimalistic design alone. So, how did Apple get to this point?

Apple used different naming conventions for its laptop computers over the years. For its debut in 1991, Apple used the name PowerBook to introduce its laptop line. It went on to become a huge success.

The PowerBook 100, also called the Mac Portable, featured a set-back keyboard, space for palm rests, and a front-and-center trackball that benefits both left- and right-handed users—this eventually set the standard for laptops.

The PowerBook series had gone through eras of redesign and improvements during its 15-year run that the brand name was used. The last model for the PowerBook model, considered as MacBook’s immediate predecessor, was the PowerBook G4, released in 2001. It introduced the compact style and slim design (which is ahead of its time) that remains present with today’s MacBooks.

The original MacBook was introduced in 2006. The company produced a modern-looking laptop that no other brand had done before. The first MacBook established the foundations that Apple has with its laptop computers today.

In 2008, the MacBook was the best-selling laptop across any brand in the U.S. Within those years, there have been three significant design changes with it: a polycarbonate and fiberglass combination, an aluminum unibody construction, and a polycarbonate unibody.

The Pro version of the MacBook was introduced in 2006 and came in with a svelte aluminum unibody design, Retina display, and an Intel processor. Since the Pro’s release, its specifications and features have adopted cutting-edge innovations.

In 2015, Apple unveiled a new breed of MacBook laptops, which was a powerhouse machine enclosed in a thin and light aluminum body, and the most portable MacBook to date. This model looked like a combination of the MacBook Air and MacBook Pro. However, it was discontinued not long after. Not many customers favored the futuristic laptop since they can buy other Mac options that outperform it.

MacBook: A Trendsetter in the Industry

The iconic MacBook Pro has been a favorite tool for students and professionals alike. It has laid the standards for small machines with its hardware and software components that pack a punch. MacBooks have transformed the way users approach productivity when they’re out and about. Over the years, Apple computers have come down significantly in price while improving its performance which is a great plus for the consumers.

If you’re looking for a MacBook that performs and is within your budget, consider getting a refurbished MacBook, which is equally as powerful a machine as a brand new unit. For superior Apple laptop models at great deals, choose Macs4U.