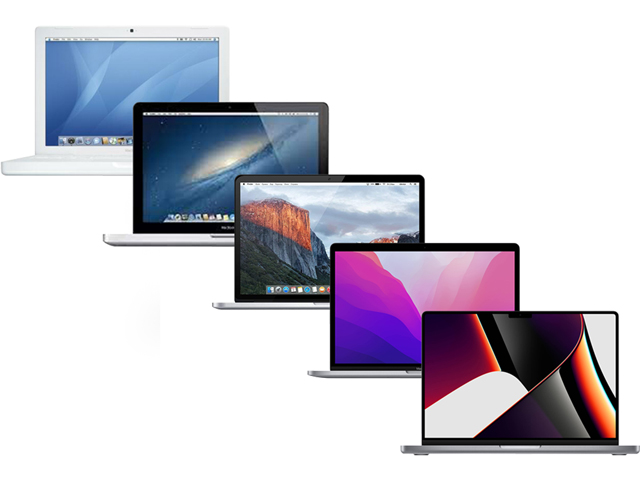 Don't wait until it's too late.

See if it's time to upgrade your Mac.

Apple makes some of the longest-lasting consumer products on the market. The quality of components and software support is industry leading. However, even the best hardware won't last forever. If you've had trouble with your Mac, you might wonder if it's time to upgrade. Let's look at some significant signs that your Mac is outdated. But first, we need to take a little history lesson…

Instead of discontinuing the MacBook Pro from five months earlier, Apple introduced the new Retina model alongside the MD101. These two versions were sold side by side for the next four years. From Late 2012 to Early 2015, the Retina MacBook Pro would receive four refreshes – mainly updating the processor, GPU, and SSD speeds. Apple also decreased the starting price of the Retina from $1699 to $1299, coming within $100 of the original price of the MD101.

However, despite the unchanged specs, the MD101 sold incredibly well. Many users did not want to lose out on available ports or upgradability. It was also cheaper. Despite the Retina's eventual price decrease, the MD101 still undercut the base Retina model by $200.

But we get it.

It's hard to justify newer products, especially when users feel features are being taken away (or cost significantly more than before). We understand wanting to hold onto your existing unit. We have clients who want to stick with their 2012 MacBooks or their 2011 iMacs. But unfortunately, even the best devices on the market need a refresh now and again. And that is why we brought up the MD101. This laptop sold for a long time before it was finally discontinued in 2016. Millions of notebooks are out in the wild, all running outdated hardware by today's standards. Even in 2016, the specs of the MD101 were considered very dated. We use the MD101 as an example of how many older Macs are still being relied on today. As they age, users will start to see the signs. Here are three significant indicators that it's time to upgrade your Mac.

For most people, the power and functionality of a product will be the driving factor in deciding whether it's time to upgrade. Consistent hang-ups, slowdowns, guttering, freezing, or even complete system failures all impede productivity.

Do you find yourself staring at a locked-up webpage or the spinning beach ball every time you try and open a new program? It might only be a minor inconvenience in the moment, but these pauses add up over time.

These issues can stem from failing components or simply outdated ones. For example, when Apple introduced the Retina MacBook Pro, they doubled the default RAM from 4GB to 8GB. They also moved away from slower Hard Drives. Instead, they opted for a much faster and more reliable Solid State Drive.

Development for future operating systems kept these faster specs in mind. As a result, macOS quickly became better on newer hardware while older units struggled to keep up. If your current machine runs a HDD or has less than 8GB of RAM, it's worth upgrading to get the true macOS experience. 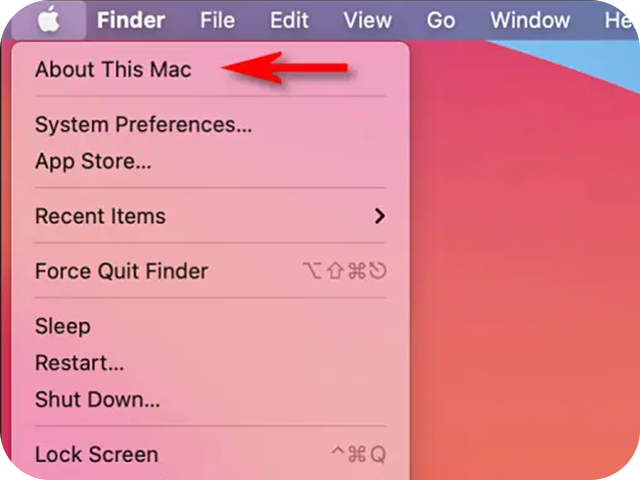 You can check your specs by clicking on the Apple logo in the top left corner and going to About This Mac. If you aren't sure exactly what you're looking at, call us, and one of our technicians will work with you. We'll be happy to help.

Of course, if the device has experienced some damage, it could be the perfect opportunity to upgrade. Often, the cost of replacement components for older devices can encroach on the price of a newer device altogether.

Even if your device has not taken a hit, components could still be close to falling. After years of use, the most common failure points are internal batteries and the spinning-platter HDDs we mentioned earlier. Even under the best circumstances, these components will not last forever. Component failures can leave you stranded in the middle of an assignment or a project when you least expect it. 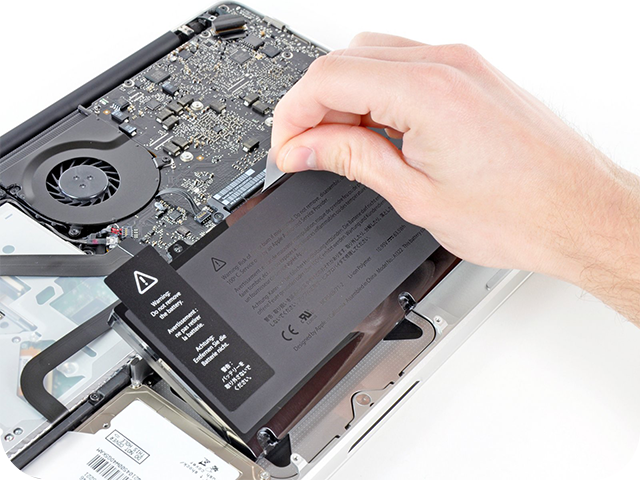 To elaborate, Apple officially states that MacBook batteries have a rating of 1000 charge cycles. Assuming one charge cycle per day means laptops six or more years old could be housing batteries with cycle counts doubling the rated lifespan. This can lead to poor battery life, charging issues, and in extreme cases, battery swelling - we don't want spicy pillows. 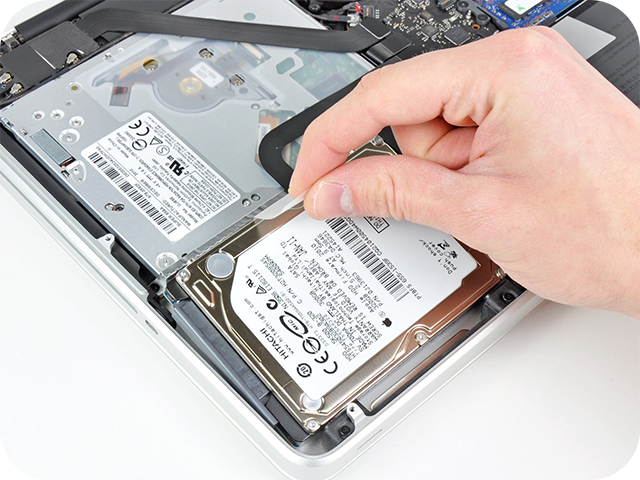 The same is true for older spinning platter HDDs, which typically carry a rating between three and five years of use. Unfortunately, that leaves countless units in the wild with HDDs and batteries pushing past twice their rated lifespans. This is a testament to Apple's high-quality components but also indicates it's time for something new.

Even if your current device works perfectly for its intended use, the lingering question remains of how long it will continue to work. The risk of component failure is ever-present. Still, there is a more significant, almost inevitable roadblock with all products… Software compatibility.

Once a product reaches a certain age, newer versions of software, whether individual applications or entire operating systems, will no longer be compatible. This is common in video or audio editing software like Photoshop, Serato, and even more common apps like Microsoft Office. Even users that just need a web browser will eventually also start running into limitations. For example, outdated devices will no longer receive security updates from Apple. As a result, users will no longer have protection from malicious attacks or vulnerabilities. This can lead to issues accessing secure web pages like banking sites and, eventually, web pages. 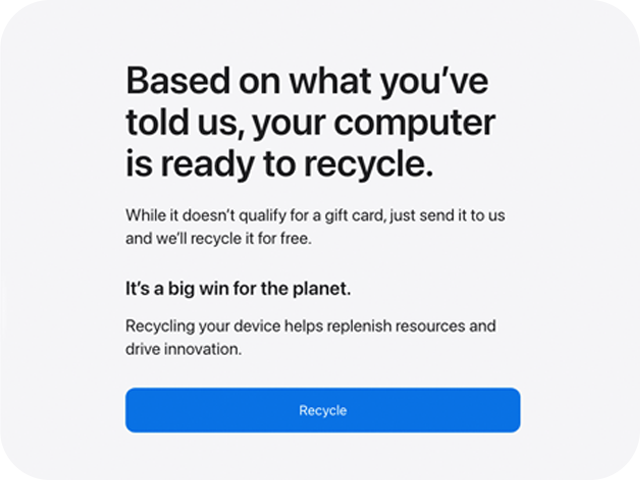 Apple has official categories for these older devices. If a product was discontinued by Apple more than five years ago but less than seven, it is considered Vintage. These units will likely not receive the most up-to-date OS. Still, they will have full access to iCloud and security updates. Devices over seven years old are Obsolete and often do not receive any support from Apple whatsoever. For example, suppose a component fails on an Obsolete model, and you try bringing it into an Apple Store or AASP. Given its status, they might not be able to offer a repair at all. Instead, they may ask to recycle your computer and lead you to the new laptops on display.

Learn more about Apple's latest OS and how it affects users with older Macs.

Slowdowns and crashes can be annoying. Upgrading to a newer machine can be a night and day difference in everyday workflow.

These devices we're never meant to last forever. We strongly believe in upgrading out of choice rather than necessity.

Get ahead of the eventual obsolescence. It might get the job done today, but we want you to be ready for tomorrow.

We closely monitor how Apple supports its older devices. As a result, we only sell computers that support the latest OS, including the upcoming macOS Ventura. In addition, we ensure that all components are 100% functional, with a strict focus on battery health. This, combined with our low prices and included warranty, makes us a perfect option for upgrading to a newer device without breaking the bank. If you have concerns regarding your existing machine and want to speak to one of us directly, please get in touch with us.

All computers on our site support macOS Ventura unless otherwise specified. Our picks are based on further future-proofing your purchase and getting the most out of Apple's software. Not all features are available on all models. 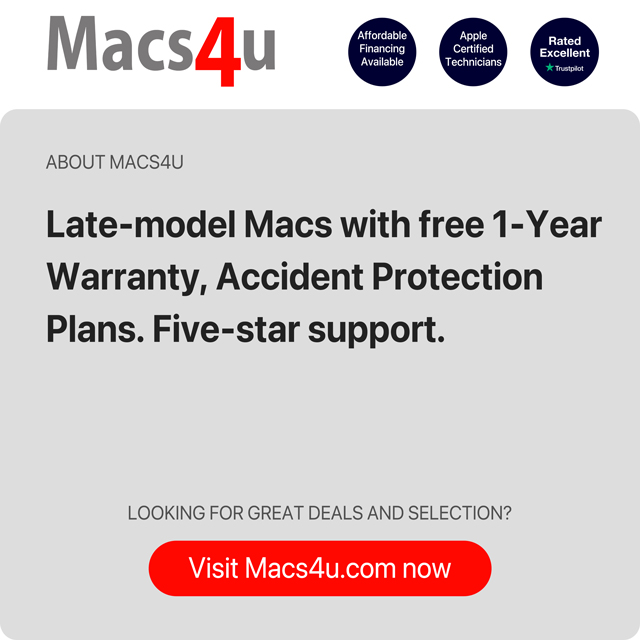