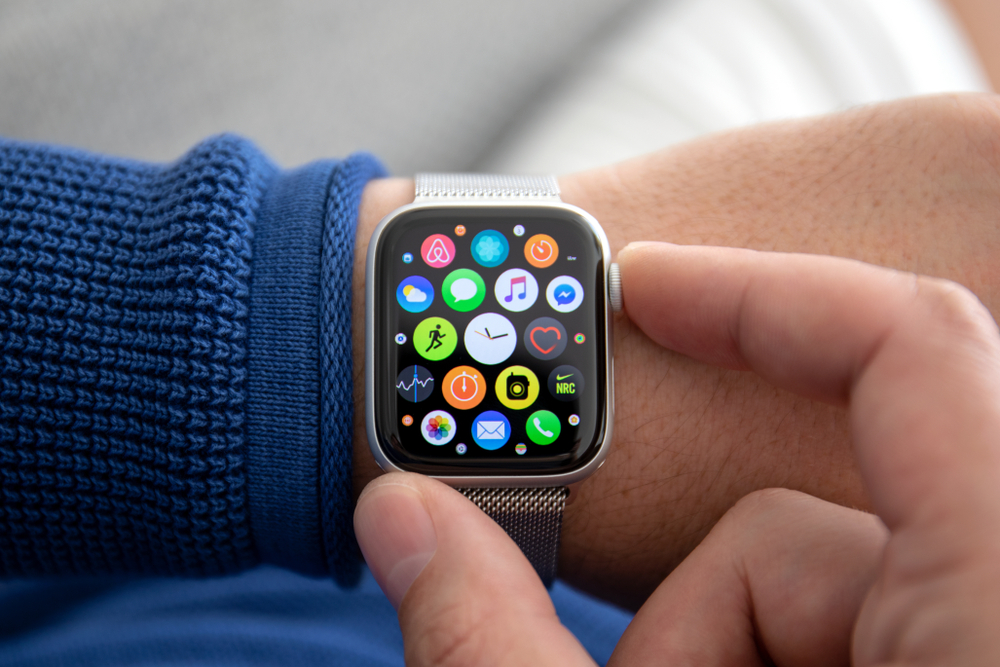 Apple has introduced many game-changing innovations throughout the years, one of which is the Apple Watch. The tech giant’s commitment to rolling out simple but elegant product designs that offer an intuitive user experience translates into the Apple Watch well. And that’s what puts this device above the competition—it’s what makes it a worthy addition to one’s day-to-day.

The Apple Watch’s evolution over the years has built a loyal following across all ages and backgrounds. People use it as a task reminder, fitness and health tracker, and an extension of their smartphone. More interestingly, there’s even an Hermès Apple Watch with exclusive watch dials and elegant strap designs.

The smartwatch has seen countless features and specifications added to it since it was first introduced. But one thing remains consistent: the Apple Watch is leading the charge for innovative wearable technology.

We’ve talked about the evolution of the MacBook before. Now, let’s take a deep dive into the history and timeline of the Apple Watch evolution.

What is the Apple Watch?

The Apple Watch is Apple’s most personal revolutionary device yet. It is a wearable smartwatch that lets users do different tasks with ease, such as making and receiving phone calls and text messages, monitoring heart rate, streaming music, tracking fitness activities, and more. Apple dubs it “the ultimate device for a healthy life.”

You can primarily navigate the Apple Watch by swiping and tapping, with a Digital Crown (watch counterpart of the Home Button) as a physical navigation dial on the side that lets users zoom in and out of content, scroll through, and input data.

This smartwatch lets you stay connected by using your phone less. Everything you need to know and do is just a few taps and a glance away. The Apple Watch is especially useful if you’re already deep in the Apple ecosystem since it serves as a convenient extension of your iPhone.

Even without its paired iPhone, the Apple Watch lets you check calendar events, listen to music, track your workout, record a voice memo, and find your Apple devices if you misplace them. The Apple Watch also has a Handoff feature, used to begin a task on the watch and continue it on the iPhone or MacBook.

The Apple Watch has certainly come a long way since its conception. But in every version, Apple made sure that the user is at the center of it all. See how the Apple Watch evolved through the years.

The Apple Watch Series 1 introduced features such as the Digital Crown, Siri, Force Touch technology, Smart Replies and dictation for quick messages response, Walkie Talkie, and fitness-related features like the Activity app. It ran on a dual-core processor chip and required an iPhone 5s or devices with iOS 11 or later.

Significant improvements were made in the arrival of the Apple Watch 2. This time, the upgraded watch featured GPS, water-resistant capabilities of up to 164 feet, and watchOS 3.

The built-in GPS and water resistance were arguably the biggest updates since users could use the watch for navigation without their iPhone and wear it while doing water activities. Another key improvement seen in the Series 2 was the brighter display and faster processor.

The watchOS 3 also came with new fitness and health capabilities, including the Breathe app, which allows users to perform deep breathing exercises.

The Apple Watch Series 3 saw the watch take a giant step forward and establish itself as a necessary Apple accessory.

Fun fact: The Series 3 is still being sold today.

With a 70% faster dual-core processor, updated Bluetooth connectivity, watchOS 4, and built-in cellular, the Series 3 lets users stay connected even without an iPhone close by.

For the first time, the watch allows Siri to speak with the built-in speaker, just as it would in the iPhone. This version is available in two models: one with GPS and Cellular ($399) and one with only a built-in GPS ($329).

The electrocardiogram testing (ECG) was the notable health feature of this model, for this test is typically done in hospitals. But users can conveniently measure theirs using the smartwatch.

Finally, the always-on display feature arrived in the Apple Watch Series 5. This lets users see the time and other important details without waking the watch display by tapping it or raising the arm. However, there weren’t any other key improvements other than that.

The Apple Watch Series 5 came out in other materials, such as aluminum, stainless steel, ceramic, and titanium. It also ran on watchOS 6, which featured new health and fitness capabilities, including Cycle Tracking, Noise app, and Activity Trends. The watch also improved navigation with the new Compass app and updated Maps.

The Apple Watch Series 6 aimed to be the game-changer with features like the Blood Oxygen sensor and a retooled Health app to offer more helpful insight into the user’s health. watchOS 7 also allowed customers to personalize their watch with seven new watch face options.

Design and performance-wise, this model was available in stainless steel, titanium, and 100% recycled aluminum. It featured a brighter always-on display, water-resistance of up to 165 feet, and a dual-core processor chip based on the A13 Bionic as seen on the iPhone 11.

The Apple Watch SE was rolled out together with the Series 6. This model showed off similar features to the flagship watch, such as watchOS 7, Siri, Walkie Talkie, and the latest speaker and microphone, but at a more affordable price tag.

However, the Watch SE lacks the always-on display, ECG, and the new Blood Oxygen feature. Still, it remains a handy device for those who want the convenience and the best things about an Apple watch without putting a dent in one’s bank account.

The latest model on the roster, the Apple Watch Series 7 boasts the largest and most innovative display yet for the Apple Watch—it has 20% more screen area and a 70% brighter display.

The Apple Watch Series 7 is available in five colors: Green, Product Red, Blue, Starlight, and Midnight. It proves to be not only a handy communication device but also a must-have fitness and health companion.

Judging from the company’s principle to always innovate, Apple users have already started speculating what new features could be available in the Apple Watch’s next series. Here are some features you could expect.

A temperature sensor could be useful for tracking fertility, while the existing blood oxygen monitoring feature can be utilized to detect sleep apnea. However, it’s not clear when these health capabilities will come to the Apple Watch and if all these will come sooner or later.

Apple Series 7 boasts a larger display design, which is the most significant improvement for the watch design-wise. While there is no word from Apple about any redesign plans, rumor has it that there might be a possibility for three sizes next year.

Seeing the flat edges trend in iPhone 13 and iPad Pro, there had been rumors surrounding the Apple Watch Series 7 that it could sport a similar design. As you can see, it didn’t happen. But perhaps it’s another possibility for the next Apple Watch.

You can probably expect this from Apple, as the company typically introduces faster devices yearly. The Apple Series 8 is expected to boast an improved and faster chip that will offer enhanced performance for the device. Perhaps we won’t be out on a limb by saying we can look forward to smoother and snappy graphics from the next watch.

The Wall Street Journal also reported that Apple wants iPhones and Apple Watches to identify if a user gets into a car accident and have the device automatically call 911. Apple already introduced a fall detection feature in the smartwatch before, so the car crash detection feature could be a helpful new addition.

Could there be a chance there’s one more watch version on the way? Apple might introduce three watch models: the original model, the SE model, and a watch built for extreme sports—more rugged than the Apple Watch you’ve come to know and love. While it’s still hearsay, for now, it’s exciting to think about an Apple Watch with the same incredible features you can use for extreme activities.

Time is Ticking for the Next Apple Watch

The Apple Watch has paved the way for innovative smartwatches and remains the best smartwatch companion for iPhone owners. You get a communication tool, a fitness and health partner, and more on your wrist when you wear this device.

Right now, all you can do is sit tight and wait for the next Apple event for the big Watch Series news. If you’re already an Apple Watch owner or planning to get one, complete your Apple ecosystem without breaking the bank by checking out refurbished Apple products.

To start, look at our roster of quality refurbished MacBooks here at Macs4u at pocket-friendly prices. Browse our refurbished Apple selection to find the device you need.