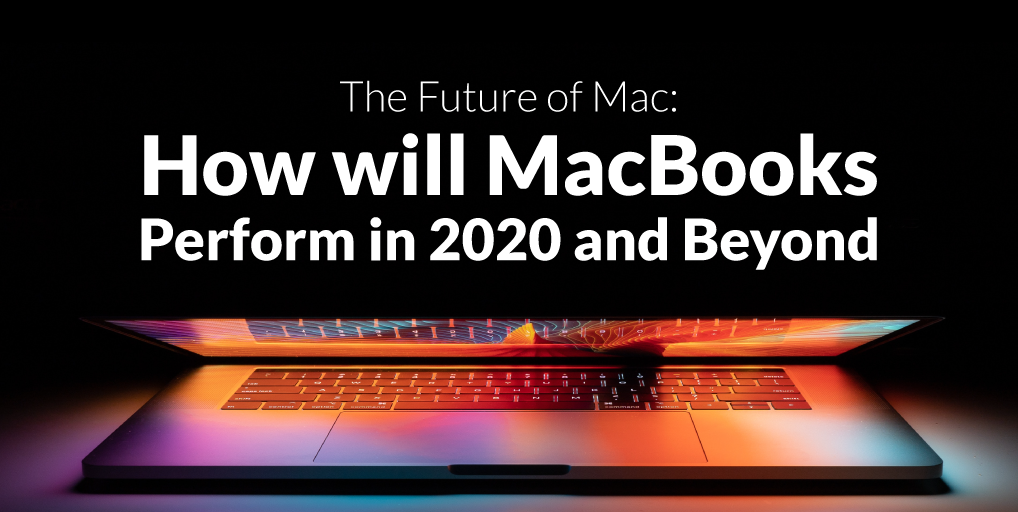 From its inception until today, Apple continues to be a leader in the tech world. The company has made a name for itself through using a customer centric approach that has rung in a new era by creating devices that are simple to use while delivering a punch(remember your life before iPhones on devices like a StarTac Motorola phone?) As of 2020, the chatter continues to surround Apple’s laptops--specifically, the 16-inch MacBook Pro, the 2020 MacBook Air, and the upcoming 2020 MacBook Pro.

As it stands, the 16-inch MacBook Pro reflects the tech giant’s ongoing mission to create beautiful and cutting edge devices, while also incorporating feedback from its customers. The model sports several notable improvements—thinner bezels around the screen, the much beloved keyboard mechanisms, a more powerful battery, and an improved thermal system to boost its processors. Meanwhile, the 2020 MacBook Air received the same keyboard upgrades, as well as the True Tone screen capabilities.

Following this, speculation has begun on the features that the yet-to-be-released 2020 MacBook Pro would sport. Apple’s reputation for using the latest technology and innovations to improve the user experience further makes it easier to guess where future releases are heading. The infographic below is an attempt to predict the future of MacBooks from 2020 and beyond.

Currently, the 16-inch MacBook Pro and the 2020 MacBook Air enjoy the upgrade to the Magic Keyboard. This revamped switch mechanism provides a more satisfying typing experience.

In the future, it may be possible that mechanical keyboards will be fully replaced by digital keyboards that are highly customizable and use haptic feedback.

The Touch Bar is Apple’s answer to Windows’ function keys, with a changing display of controls depending on the app being used. Right now, the 16-inch MacBook Pro sporting an upgraded version of this feature makes room for a physical Escape key.

Moreover, the Touch Bar may evolve from a small token gesture panel into a full-blown touch-enabled pad. This development would lean into the core of what the Touch Bar originally was made for—high functionality and intuitive interaction with the computer system.

Apple has continued to focus on the technology behind its display, making it a favorite among creative professionals for its WYSIWYG approach to color, as well as supporting higher resolutions. The 16-inch MacBook Pro houses the largest and highest-resolution mobile Retina display, backed up by powerful hardware.

For the 2020 MacBook Pro, rumors report of Apple’s expansion into mini LED technology, increasing MacBook capabilities of displaying richer HDR content. This is made possible by the technology’s ability to create a bigger and deeper contrast between light and dark areas in an image.

With the latest MacBook Pro running the 9th Gen Intel Core processors, it’s clear that the commitment to delivering high-level performance to users is at the top of Apple’s list. By using the latest generation of Intel processors, these laptops deliver even under the most demanding conditions.

Currently, much of the speculation on the 2020 MacBook Pro has touched on the possible inclusion of Intel’s 10th Gen Ice Lake chips. The Ice Lake chips not only offer a doubled performance increase, but also offer support for features like Thunderbolt 3, Wi-Fi 6, and DL Boost.

However, Apple’s dedication to creating a controlled yet unique experience could mean that in-house processor chips are not far off the horizon. It’s not entirely without basis—the tech giant has imported its T2 security chip over to the iMac Pro in previous years.

One of the latest innovations in laptop technology is the support for 5G connectivity. Building this innovative technology into laptops gives them access to mobile connectivity that is 10–100 times faster than a typical cellular connection and has low latency. This makes it perfect for almost-instantaneous buffering and loading times.

The 2020 MacBook Pro is among the list of rumored laptops to carry the capability, and long-standing rumors of Apple developing LTE technology for its mobile phones may carry over into their laptops.

Apple continues to strike a balance between making their MacBooks lightweight and portable but powerful enough to go through the spectrum of functions that these laptops are capable of.

The 16-inch MacBook Pro has an additional .03-inch of thickness in its frame, allowing Apple to add a larger battery cell. This move makes it easier for the laptop to accommodate its high-resolution display without compromising battery life.

As Apple continues to improve and innovate its display systems, you can expect battery life to increase with every iteration without hampering its lightweight body.

The 16-inch MacBook Pro model has one of the best sound systems available in mobile Apple devices. With six speakers inclusive of two additional woofers, the age-old problem of a buzzing or humming when playing deep sounds is resolved. Additionally, this new system supports Dolby Atmos, allowing for more sophisticated audio positioning.

After Apple’s acquisition of Beats Electronics, future MacBook models may continue to see even more innovations in delivering high-quality audio.

Previous MacBooks encountered issues with overheating, especially when performing high-capacity tasks like rendering. In the latest MacBook releases, Apple realized that the problem could be solved by upgrading its thermal architecture.

The 16-inch MacBook Pro sports thinner fan blades, larger heatsinks, and extra vents. This total rework allows the model to outperform its predecessors despite using the same processor chips. Apple will likely continue to explore new technologies to improve its thermal architecture further, therefore boosting the performance of its laptops.

Apple is continuously fine-tuning its native OS for its MacBooks. In the latest iteration, macOS 10.15 Catalina has a number of notable features. The most useful of these is Sidecar, which utilizes the Apple ecosystem to let users turn an iPad into a second screen for their MacBooks so long as they’re on the same Wi-Fi network.

The other feature worth noting is the expanded app support for apps built with Mac Catalyst—a developer tool that makes iPad to Mac porting easier.

Future MacOS developments will hinge on increased functionalities for the suite of Apple products, creating a smoother overall user experience.

The upcoming 2020 MacBook Pro is one of the most highly-anticipated releases by consumers and tech fans alike, even with its features still shrouded in mystery. The concern on everyone’s minds, though, is—should you wait for the 2020 MacBook Pro to get officially announced before upgrading or purchase a device while waiting for it?

The great thing about MacBooks is that they are incredibly versatile, with each new model simply improving on what previous MacBooks can already do. Unless you’re a technophile who wants to adopt the latest tech innovations—at the risk of first-wave glitches and bugs—you’re better off investing in a brand new or refurbished MacBook.

Unlike a PC, refurbished Apple computers maintain a great resale value, so trading up to a different Apple model will still provide you with a fairly high trade-in value.

After all, aside from offering core functions at affordable prices, refurbished units are proof that MacBooks are still more valuable than their Windows counterparts.