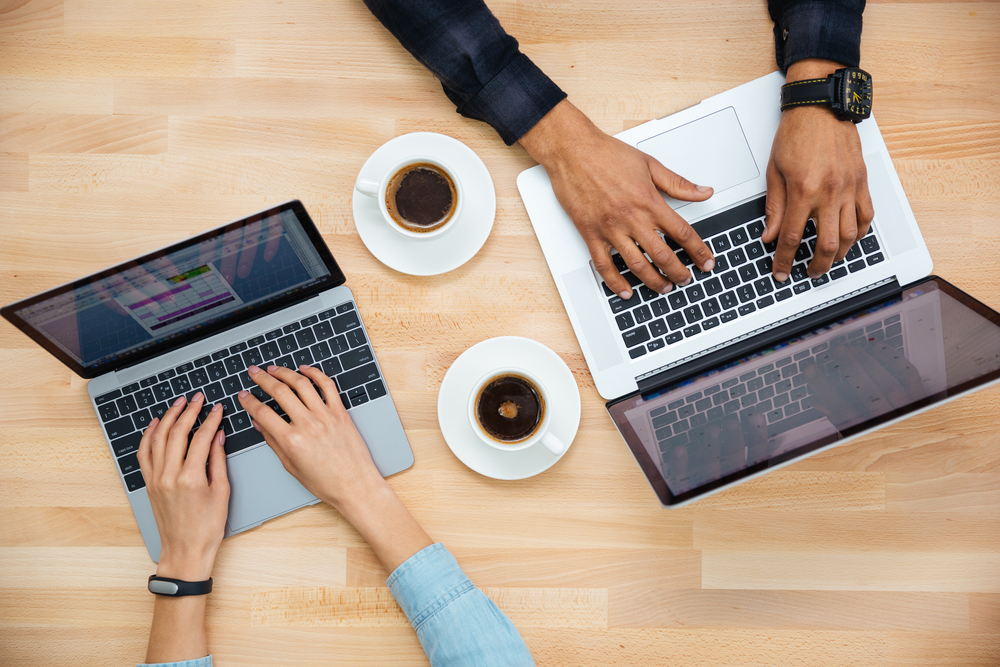 Whether it's a car, an apartment, or a phone, making a big purchase can be a pretty tough task. This feeling is especially evident in the process of buying new tech, and if you're planning to get a new computer soon, you've probably been caught in the age-old Mac vs. PC debate.

The argument on which machine is more superior has been going on for years. While both have co-existed in the market, brand loyalists, tech experts, and consumers have been keen on highlighting the strengths and weaknesses of each one.

Since both sides have clear-cut advantages over the other, getting the best unit possible will ultimately depend on factors such as your professional needs, personal preferences, and more.

However, when comparing things head-to-head, even a refurbished MacBook can stack up fairly well against a brand-new PC. To help you get the best unit possible, the guide below will compare both platforms in terms of specs, performance, and much more.

In a vast ecosystem of Apple devices, the MacBook undoubtedly takes center stage. First introduced by Steve Jobs in January 2006, the MacBook models of today are far more advanced and capable.

Apple is a brand that takes charge of both its hardware and software development. Since all of the company's devices operate through a single operating system, it's no surprise why the MacBook can easily sync with other Apple devices such as the iPhone and iPad. Because of this, Apple users can enjoy a frictionless and personalized user experience.

Introduced by Bill Gates in November 1983, it's safe to say that Windows has also gone a long way. Taking up 88.14% of the market share of all personal computers, the operating system is labeled as the most popular in the world by numbers and not by functionality. While MacOS takes up 9.33%. Unlike Macs, which can only be built by Apple, different companies (e.g., Dell, IBM, etc.) can build a PC.

MacBooks generally cost more than PCs because they come at fixed prices. The latest MacBooks may cost around $1140 to $2800, but in terms of value for money, there's no doubt that they're a bang for your buck. Since they rarely break down and don't require many upgrades, you won't have to worry about any additional costs.

Settling the extra accessories aside, you can even conclude that getting a unit is a one-time payment. If you're keen on getting one, but the price is still a bit high for you, purchasing a refurbished MacBook model is your best bet. A refurbished Apple laptop can perform as well as a brand new one and comes at a cost-efficient price, to boot.

Keep in mind that the designs and models of Apple devices age much better as the models stay current significantly longer. Apple devices have a higher resale value than its PC counterparts. It’s proven that Apple devices can withstand the test of time.

The price range of a PC is a lot more flexible. Companies have developed budget models that can go as low as $269 and high-end units that may be priced as high as $2300. How much you end up spending will depend on you.

However, you need to make sure that you have extra funds since you may end up spending extra for maintenance costs, and upgrades in the future.

Macs are perfect for digital nomads and agencies. MacBooks—may it be the Pro or Air—are lightweight and portable, which make them extremely useful for people who are always on the go. Aside from looking great, Macs have exceptional longevity and high resale value, which can help a company cut costs when upgrading office devices.

Since several companies can make PCs, units come in all shapes and sizes. Laptops designed for casual use are lightweight and slim, while heavy-use laptops that require more hardware can be a lot chunkier. While the OS remains the same across all units, the feel of your PC may end up being defined by the company that has produced it.

One of Apple's biggest selling points is that it can update software patches with ease and convenience. Apple introduces a new OS version every few seasons, and Mac users have the luxury of updating their units without making any significant tweaks to their devices.

Since Apple has complete control over its product development, it's easier for them to provide free support and keep bugs at bay.

Compared to Mac, Windows does not introduce software updates as frequently. Since there are several tech companies producing PCs and laptops, Windows needs to account for units with different hardware components. In case a new patch is announced, some users may need to spend extra money to run the latest version of Windows.

Mac has an aesthetically appealing, easily customizable, and user-friendly interface. It's easy to get around the system when you first start it, and you immediately have capable applications, ranging from video editing to music production, built into your device.

Other than its mesmerizing retina display, its use of minimalist UX design elements paves the way for a pleasant browsing experience.

Moreover, Macs have safer and more secure software. You don’t need to install an extra security software to detect a virus or malware that’s trying to get into your computer. MacOS is built to catch and immediately delete malicious files from the get go. In line with this, third party security software will only slow down your Mac’s performance as the security software only installs unnecessary files and folders.

While its interface may not be as clean as the Mac, Windows makes up for it with its wide range of capabilities. Similar to Apple users, PC owners can easily customize their display and enjoy a few built-in software.

However, the biggest selling point of a PC is its ability to run games. Since PCs have a broader catalog of hardware, users get the best gaming experience since they have a more extensive selection of graphics cards, GPUs, and other necessary hardware or software.

MacBooks (depending on the model)

MacBook Pro models come with 128GB, 256GB, 512GB, 1TB, 2TB up to 4TB worth of storage and 8GB or 16GB, 32GB worth of memory. With an Intel Core i9 processor in its MacBook Pro 16” version, media-savvy users can bring their whole digital studio anywhere.

In case you run out of storage – you can manage your files and move some of them to iCloud.

In case you decide to go for a refurbished unit, you should know that Macs4U provides free customization like installing a different MacOS, migrating data from one machine to another, etc. If you're buying an older Mac, but your work requires more RAM and storage, you can easily customize your unit without breaking the bank.

If a Windows user wants to browse the web smoothly, his or her device must have at least 4GB worth of RAM and 10GB worth of storage. One big selling point of the PC is that it's cheaper and easier to upgrade part by part, allowing users to future-proof their units.

If a new program for work requires more RAM or if a device needs more storage for media files, users can make adjustments.

Even though Windows takes up most of the computer market share, Apple remains as an industry giant. It's no secret that Mac greatly benefits from the power of design.

It's minimalistic approach, simplified user experience, and clean feel play a big role in defining the brand's identity. With a marketing strategy that highlights the product's balance of form and function, it's no surprise that Macs and other Apple products are incredibly desirable products.

Windows may not have a brand identity as strong as the Mac, but it's still the leading operating system in the market by numbers, and not by functionality. Since multiple companies develop units that run on Windows, consumers have a wide array of options to choose from.

When it comes to malware and other related issues, Macs are a lot more secure. MacOS is built to protect your Mac from malicious files by quickly identifying such entries and deleting it. Compared to the threats a PC user may face, risks are a lot less. There's no need for you to install security programs or software.

Windows is the most used operating system in the world, so there are a lot more hackers that know how to manipulate the system. If you're planning to invest in a PC, you need to take extra measures for security since you're more prone to cyberattacks and viruses.

There will never be an absolute answer to this debate. Think of the PC and Mac as two different mathematicians. When faced with a question, both use different processes, solutions, and equations, but end up producing the same result.

Unlike other big purchases, it's impossible to choose which computer is better if you're only comparing things at face value. A unit with advanced specs or capabilities is undoubtedly enticing, but if you cannot use your computer to its fullest potential, then you aren't getting the most out of your hard-earned money.

Looking beyond the pros and cons of both sides, the answer as to which OS or device is better will ultimately depend on which works best with your professional and personal requirements.

When buying a computer, it's important to remember that good can come in different forms. Even though there may be no such thing as a perfect unit, getting a model that can easily handle your requirements means that your investment is worth the while.

If you need to switch your computer as soon as possible, but your savings say otherwise, don't fret. Getting a refurbished MacBook can be a great purchase. If you've been a keen Mac user, you should already know that a refurbished MacBook could operate just as good as a brand-new PC. The best part? They all come with budget-friendly price tags.

Purchasing a MacBook today is the way to go. Apple is gaining more users in the private and as well as business sector. In a study by Computerworld, 85% of employeessay that using MacOS makes them feel more productive. Furthermore, 98% of Fortune 500 companies are already using iOS devices, which would then rollover to their computers and switch to Macs as well.

If you're looking for refurbished Apple computers for sale, contact us today. Other than having the best prices on the web, our customer service team will guarantee that your transaction will be smooth and seamless.